So, we arrived back in Perth on 28th January to unreal heat. From winter Scotland to summer Australia, a 30 degrees difference in temperature. 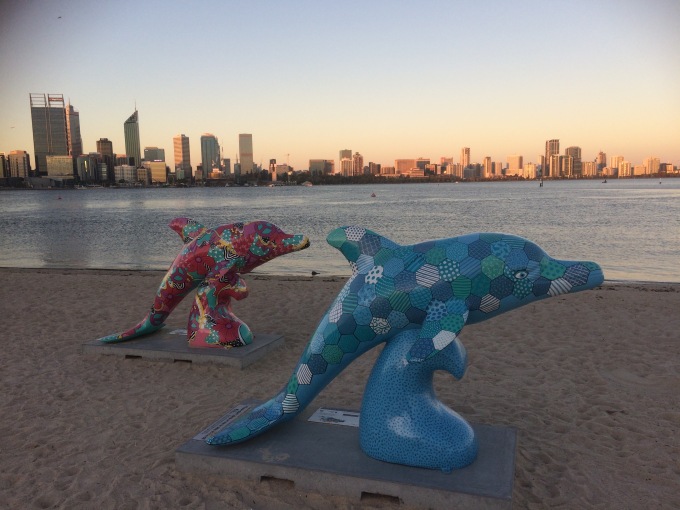 For two weeks our time was filled with medical appointments: Roddy had a scheduled PET scan, which was clear – yipeee!! I had a cardio echogram, which was pretty normal. Then I had an unexpected tooth extraction – I never saw that one coming! We also spent some quality time with friends. Most importantly, I could help Jane with the application for the Partner Visa. It was a big moment when she clicked the SUBMIT button and handed over the $7000 she had bravely saved up since August! Now it’s a waiting game. They meet all requirements as far as I can see but it could be a wait of 20 months. If she gets refused she has to leave within 35 days. If she is successful she will gain permanent resident status. 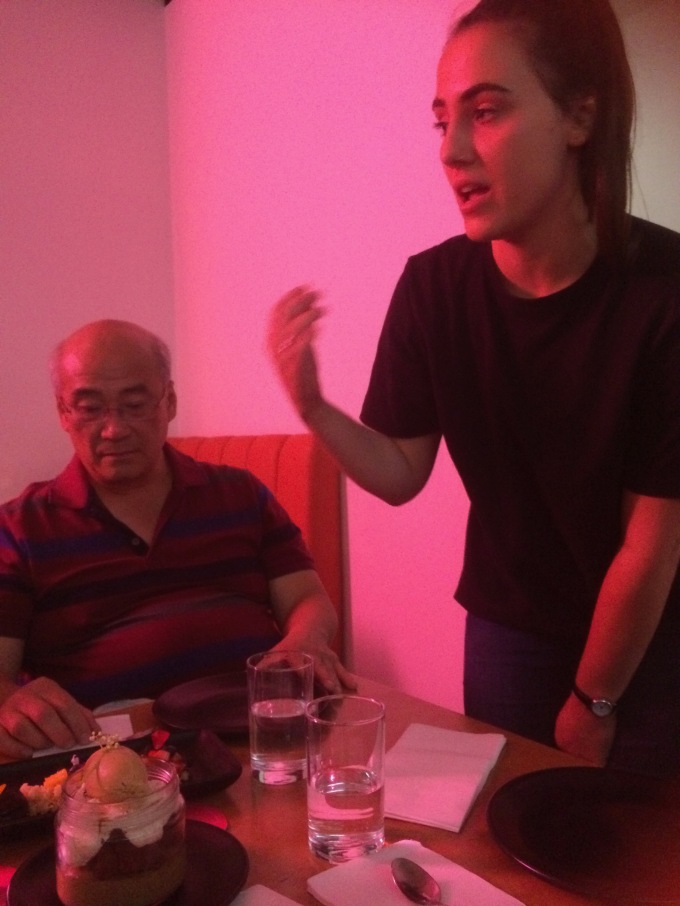 Roddy and I stayed with Jane and Karyna for a week but then moved to Kate and Tim’s house. We were more or less chucked out at Jane’s because we were being too noisy! What a turning of the tables! Well, we get up early and they work late. It was quite funny and it was our good fortune that Kate offered us their spare room, much to the horror of her sons who had planned a number of parties. Being an experienced mother of teenagers, nothing could shock me, plus the parties were exceedingly tame in comparison to what went on in Troon.

Eventually we booked our flights to Adelaide in order to pick up the motorhome there and to continue our roadtrip. Alas, as fickle fate determined, our plans changed.

Roddy’s mum suffered a fall. She is quite elderly and frail. The fall revealed other health issues and a hospital stay was on the cards. We discussed the situation and felt that it was best if we returned to Scotland to be with her. The roadtrip can wait. Australia is not going to go anywhere. We therefore cancelled the Adelaide flights and jumped back on the plane to Glasgow.

Being back felt truly surreal this time, not least because things happened immediately. The GP had been and recommended Lillias should be admitted to hospital for assessment. There was a long wait for the ambulance and confusion over which hospital she should be admitted to. After waiting for many hours, Roddy chased things up as it was getting very later and as Lil was growing ever more tired. Having been told she was to be taken to Gartnavel Hospital in Glasgow, the ambulance drove instead to the new Queen Elizabeth Hospital which has replaced the old Southern General. The new hospital hasn’t had an easy start and has already been nicknamed The Death Star by Glaswegians. Ironically in this age of cut-backs, the new hospital was designed to accommodate single room occupancy only. Lil’s room was a windowless cell on a geriatric ward. Her bed faced away from the door. She was staring at posters on the otherwise bare walls that explained the benefit dementia sufferers gain from social interaction, something which is difficult to achieve in a windowless room of one’s own where sensory deprivation could drive you daft.

Our experience of the NHS has been patchy. Personally, I have made mostly positive experiences in my 28 years in Scotland. Having had three babies, I was always impressed with the treatment I received. The poorest experiences were in the fields of dermatology and mental health where there does not seem to be a lot of funding and/or where research is poor. Nevertheless, I never saw a need to go private which is something, in hindsight, that I regret in some ways. In Australia people are covered by Medicare as long as they are citizens or permanent residents. Medicare is comparable to the NHS but you do pay a contribution when you use most medical services. Some GPs for example are free, they “bulk bill” which means that Medicare pays for the consultation. In most cases you pay ca $80 but get an immediate refund from Medicare of ca $50. Standard GPs appointments are 15 minutes long, though, which is something I love. None of that 7-minute rush. When I went to my GP in Troon I sometimes wrote a bulleted list of questions because she couldn’t get me out of the door fast enough. She would often jump to a conclusion and grab the prescriptions pad after I had spoken a mere 5 words. This was so bad that I sometimes had to stop her and fully explain what I wanted to say. One Australian GP told me that she had noticed that UK patients were really quick but she hadn’t known why until I told her about the 7-minute appointments.

In Australia, people will receive free treatment by specialists and in hospitals, paid for by Medicare if the treatment is seen as necessary by the doctor, but, as in the NHS, sometimes there are long waiting times. Many more people are therefore insured privately. Many choose this option especially because ambulances need to be paid for unless you are insured and unless a doctor tells you to phone one. Even with private health insurance, though, you always pay something towards seeing a specialist. The system is a little bit confusing to be honest and even Australians who should know the system inside out seem to lack total insight. The quality of the treatment, however, is excellent in my view. Roddy has had top-notch cancer treatment and my own impressions of GPs and hospitals is that they are very professional and pro-active. Maybe that’s because they get paid more, especially when private patients are involved? Perhaps they are trigger happy?

Lil’s consultant fortunately realised that she was not dement, only deaf. He spoke into her right ear and took the time to listen to her expressing her treatment wishes and her thanks to him for his care. This moved him visibly and us too, and we could see a change in him, seeing her as the remarkable person she is. It is so easy to regard an old woman as just another geriatric patient, someone whose opinions don’t seem to matter. Lil’s magic worked its trick with Dr Iain Reeves. She held his hand and told him with such sincerity that she had had a wonderful life and that she did not want to squander NHS resources. She beamed at him and that special light she has in her eyes touched him. I would go so far as to say that he fell a little in love with her. He responded by saying he thought she was on the wrong ward in the wrong hospital. He advocated moving her to Ward 5C in Gartnavel and within a few hours that happened.

Since then we have visited her every day. Roddy and I tend to go in just after lunchtime and Shiona visits in the evenings and Colin comes down from Aberdeen once a week. And through the miracle of Skype Lil can talk with Alastair on the streets of Gothenburg and even Alex in Australia. Lil has up and down days but is gradually gaining strength. A physiotherapist saw her on the first day and left a leaflet with exercises. She appears here and there and it took us a couple of days to work out that we should do these exercise with her rather than waiting for the physio or the nurses to help her. Communication has been a problem. None of these things are an issue. We love taking her for a walk, I like putting her cream on or do anything really, but often all we know is that things have not been done. If someone said to us, “Could you put the cream on when you come?” or, “Could you walk with her or feed her or take her to the toilet…?” It would be fine but as a visitor you don’t want to overstep your mark or make a mistake. Several nights she was left sitting in her chair until midnight. She said she pressed her buzzer but no one came. These things make me angry and I did write her wish of being in bed by 7pm on her “What’s important to me” board and asked the nurses to make sure that this does not happen again. Midnight!!! The staff are very kind in all other ways, though, and I am wary of criticising as I know what it’s like when people who don’t do the job think that they know how to do it. I have been a teacher for too long – we get that all the time because every one has been to school and thinks that they are an expert.

Talking about school…., Roddy and I live at Larchfield and I have applied for jobs as a supply teacher with Glasgow City Council, East Dunbartonshire Council and some nearby private schools. I am glad I kept up my GTCS (General Teaching Council Scotland) registration and will renew it while we are here. So, hopefully I will be able to write about some hilarious school stories soon!